Jeff Corwin is an animal and nature conservationist and best known as host and executive producer of the award winning Ocean Mysteries television series on ABC. Recognized as a global leader in exploration and conservation, Jeff first appeared at SEWE in 2005. He returned for SEWE 2017 and is back by popular demand to delight attendees with live presentations on Friday and Saturday.

Jeff has had a passion for wildlife since his early childhood. His current television series, Ocean Mysteries is in production for its 5th season and is the highest rated TV series in its time-block reaching millions of viewers each week. In March of 2015, Ocean Mysteries went viral when a scientific research team along with Jeff, discovered the world’s largest freshwater fish. The record-breaking giant freshwater stingray, caught in Thailand’s Mae Klong River, was over 14 feet long and 8 feet wide. Ocean Mysteries has also been recognized with the top industry awards including three Emmy Awards (outstanding travel series, host, and director categories), numerous Telly Awards, the Cynopsis Social Good Award, the Cine Special Jury Award, and the Parents’ Choice Awards.

For nearly two decades, Jeff has hosted a variety of popular television series and specials, including Animal Planet’s Jeff Corwin Experience, Giant Monsters, Realm of the Yeti, Corwin’s Quest, Spring Watch USA, Snake-Tacular, and King of the Jungle; Disney’s Going Wild with Jeff Corwin; Investigation Earth with the Discovery Networks; NBC’s Jeff Corwin Unleashed, which was nominated four times for an Emmy and for which Corwin won an Emmy for Outstanding Host; and the Travel Channel’s Into Alaska and Into the American West. For the Discovery Health Channel Jeff hosted Pets and People, the Power of the Health Connection. His popular television series have been broadcasted in over 130 countries worldwide.

Among many other projects, Jeff is also the Executive Producer and host of the future IMAX-format film, Expedition Chesapeake, in partnership with Whittaker Center, presently in production. In 2010, Jeff served as Special Correspondent for Science and the Environment for MSNBC and NBC news, where he covered the impact and recovery efforts of the Gulf oil spill. In 2009, Jeff executive produced and presented 100 Heartbeats for MSNBC. This groundbreaking documentary investigated the plight of our planet’s most endangered wildlife species along with the conservation heroes trying to save them. Along with the documentary, Jeff authored the critically acclaimed book 100 Heartbeats, which connected readers to our planet’s most endangered species. 100 Heartbeats received great reviews from both critics and the conservation community and is now on it paperback.

Beyond wildlife and conservation, Jeff is a passionate explorer of human culture especially as it connects to regional cuisine that is produced in a sustainable manner. His interests in renewable and sustainable living were the genesis for Food Network series Extreme Cuisine with Jeff Corwin. In 2008, Animal Planet premiered The Vanishing Frog. This powerful documentary highlights Jeff’s year long, global odyssey exploring the mass extinction of our planet’s important amphibian species. Jeff also created and co-presented CNN’s Planet in Peril with Anderson Cooper and Sanjay Gupta in 2007.

Jeff’s wildlife expertise has been regularly featured on a variety of television series including CNN, FOX, Good Morning America, The Today Show, CBS Morning Show, Ellen DeGeneres, Rachael Maddows, The Tonight Show with Jay Leno, Late Night with Conan O’Brian, Regis and Kelly and The Oprah Winfrey Show. Jeff was cast as himself on CSI Miami, named one of People Magazine’s “Most Beautiful People” and Entertainment Weekly‘s “It List”. Men’s Journal recognized Jeff as the world’s greatest host of a natural history series.

When not in the field, Jeff and his wife Natasha, along with daughters Maya and Marina, inhabit a tiny farm upon a small island, where they cohabitate with bees and chickens, and grow potatoes, kale, rhubarb, and all the beets your heart’s desire!

LIVE PRESENTATIONS AT SEWE 2018 SEWE is excited to offer the following live presentations throughout the weekend. All of these shows are included with your general admission ticket. And don’t [...]

PRESENTED BY BOEING Animal expert, television personality, author and conservationist, Jack Hanna will return to Charleston this February to entertain and delight attendees at the  Gaillard Center with live animal [...] 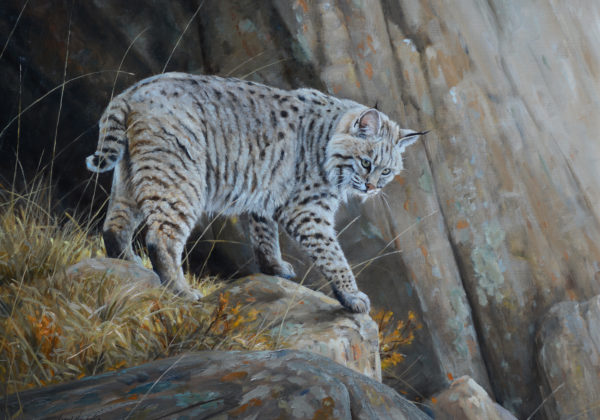 SEWE is excited to offer the following live presentations throughout the weekend. All of these shows are included with your general admission ticket. And don’t forget – kids 10 and [...] Artists, Fresh off the Easel