One With
The Wild

SEWE is committed to supporting conservation by positively influencing wildlife education through specialized programming. A key part of our organization's mission is to conserve wildlife and the environment, and SEWE knows that begins by developing a passion for nature in its attendees. 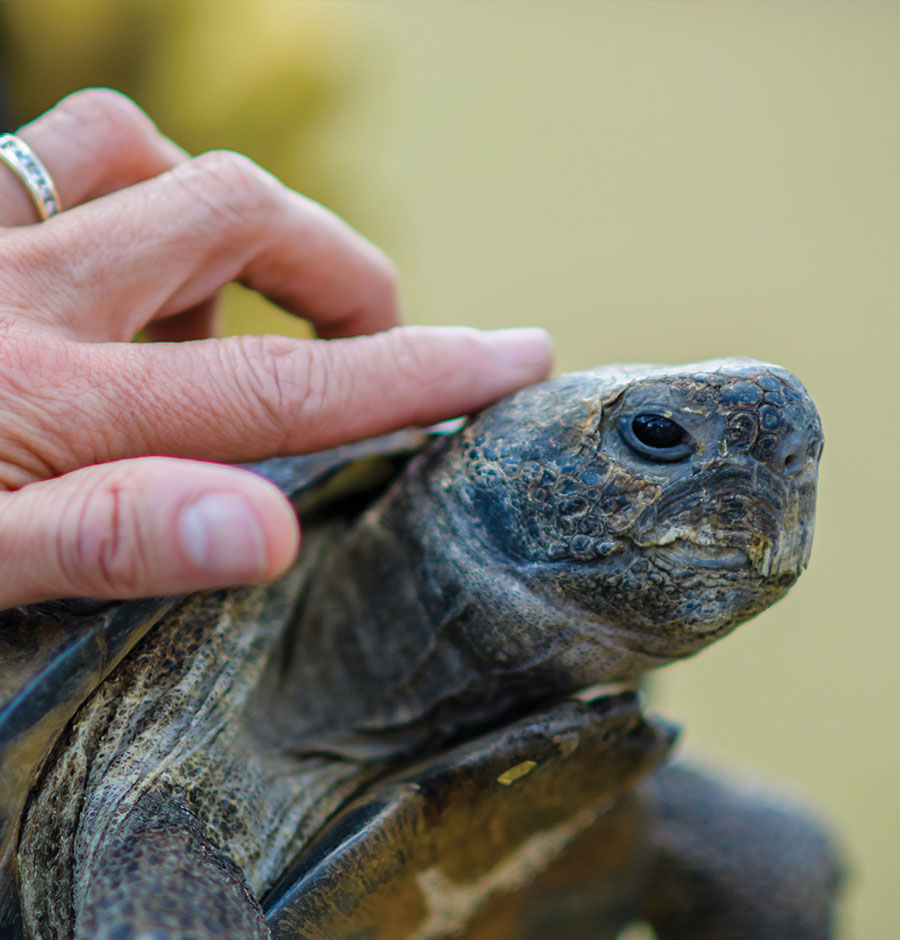 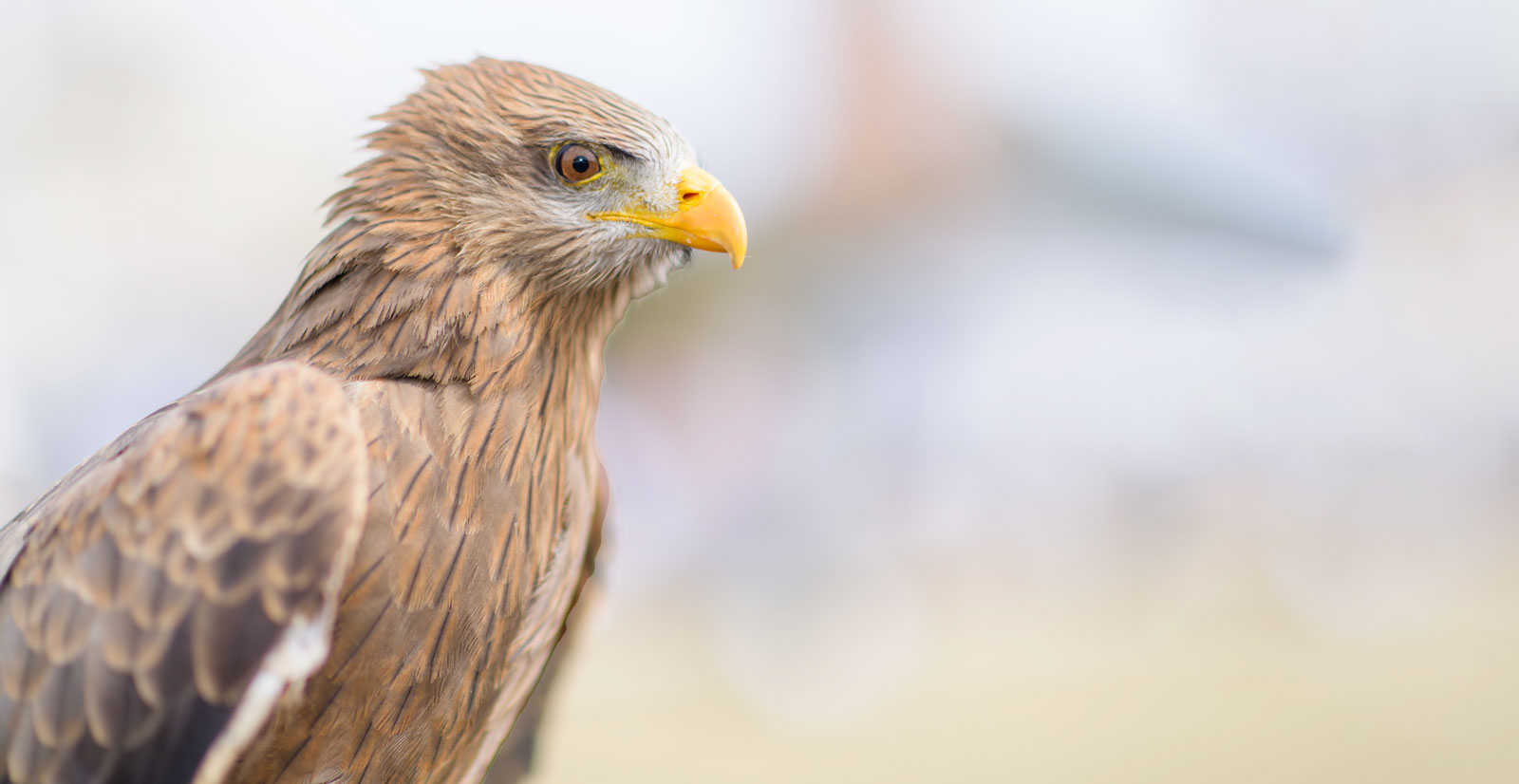 SEWE offers a wide variety of educational programming for all ages during the event in February. Learn about birds of prey as they soar above, touch one of the Southeast's rare indigenous snakes and laugh your way through wildly entertaining live shows where the animals take center stage.

Conservation is a mindset and lifestyle that SEWE believes starts at a young age. Our organization is especially spirited about building connections between kids and the great outdoors through educational opportunities and in-school programs, with a focus on art, nature and science. SEWE helps children turn their excitement about wildlife and the natural world into meaningful action.

Learn about the wonders of the planet and how to help preserve it at SEWE. 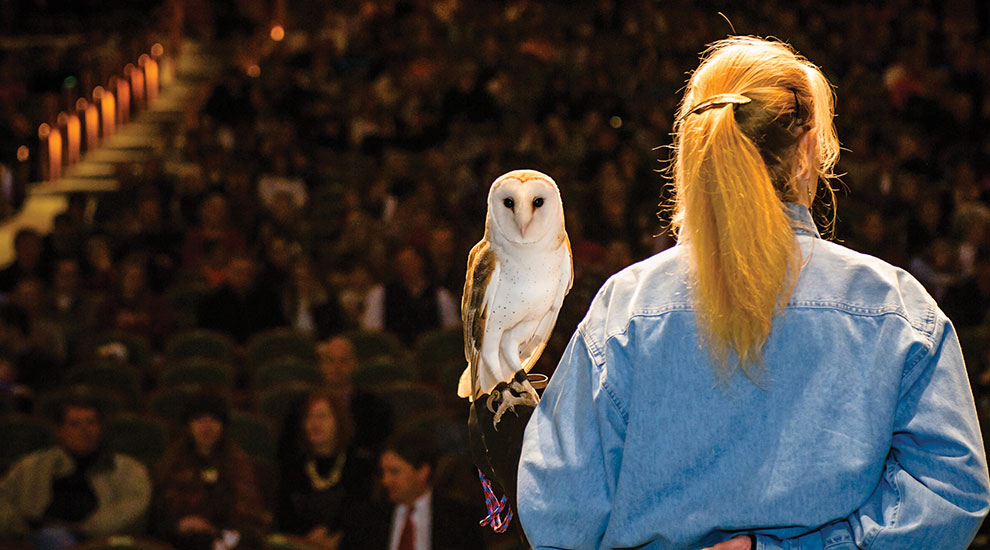 For more than a decade, the nonprofit has brought the natural world to SEWE, giving attendees an up-close and personal look at fascinating animals, from alligators, bobcats and foxes to birds of prey, snakes and more. The organization's presentations in the Gaillard Center focus on the natural history of animals, ecology, endangered species, urban wildlife and conservation. 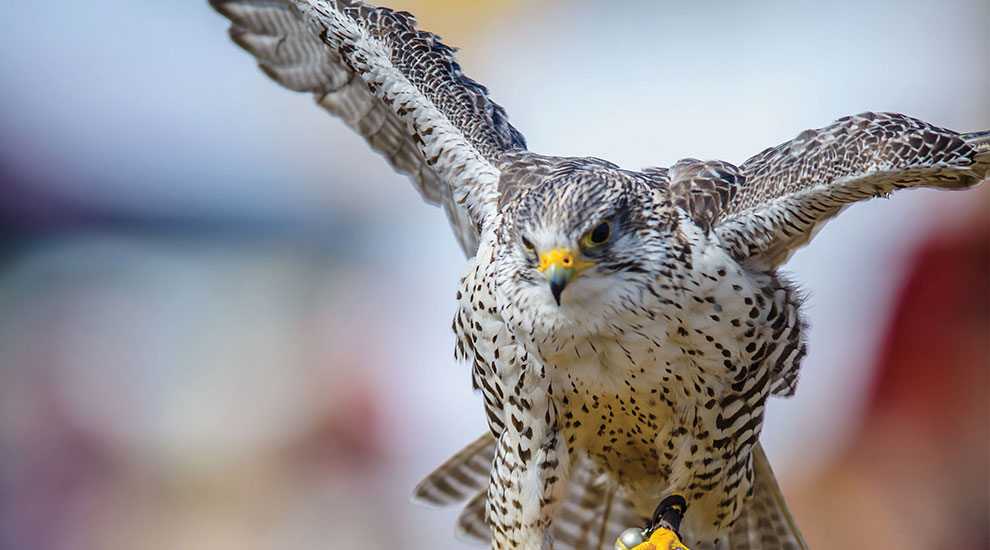 The Center for Birds of Prey

The Avian Conservation Center & Center for Birds of Prey identify and address vital environmental issues through education, research, and conservation initiatives and by providing medical care to injured birds of prey and shorebirds. The nonprofit offers experiential programs to promote awareness and appreciation for the natural world and humans' respective roles as stewards in its preservation.

The Birds of Prey flight demonstrations are some of the most educational and entertaining shows during SEWE. Attendees in Marion Square can watch as a variety of raptors take flight, while learning about environmental issues and the important role that birds of prey play in our ecosystem. 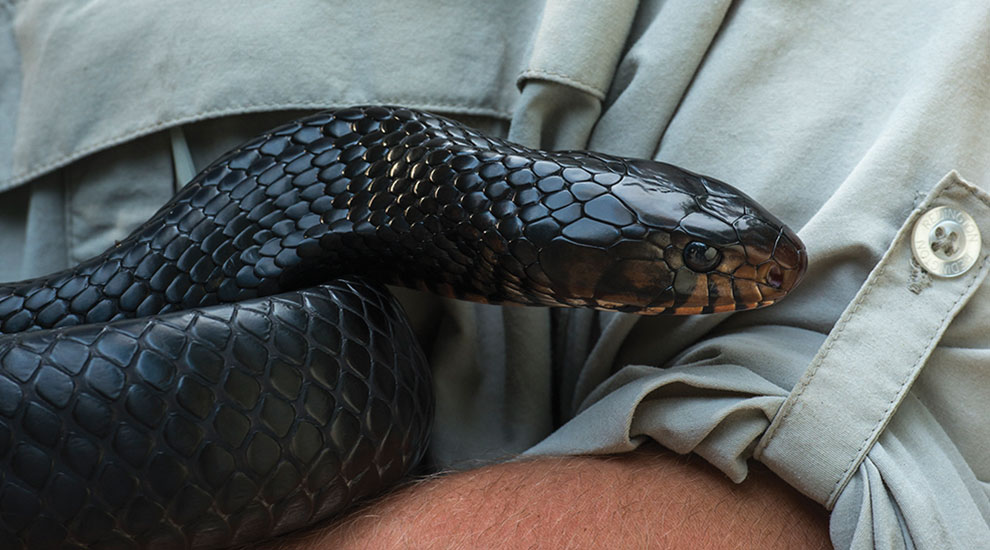 The Orianne Society is a global organization dedicated to conserving some of the planet's most intriguing and remarkable animals - reptiles and amphibians. The nonprofit protects these species through habitat conservation and restoration and land management methods that promote game species like the bobwhite quail, wild turkey and whitetail deer.

During SEWE, the organization teaches attendees why it is passionate about protecting these species and how it promotes conservation during informative presentations. Attendees in Marion Square have the chance to meet the Eastern Indigo Snake, Gopher Tortoise, Eastern Diamondback Rattlesnake and more.

Special Educational Programming Through The Years 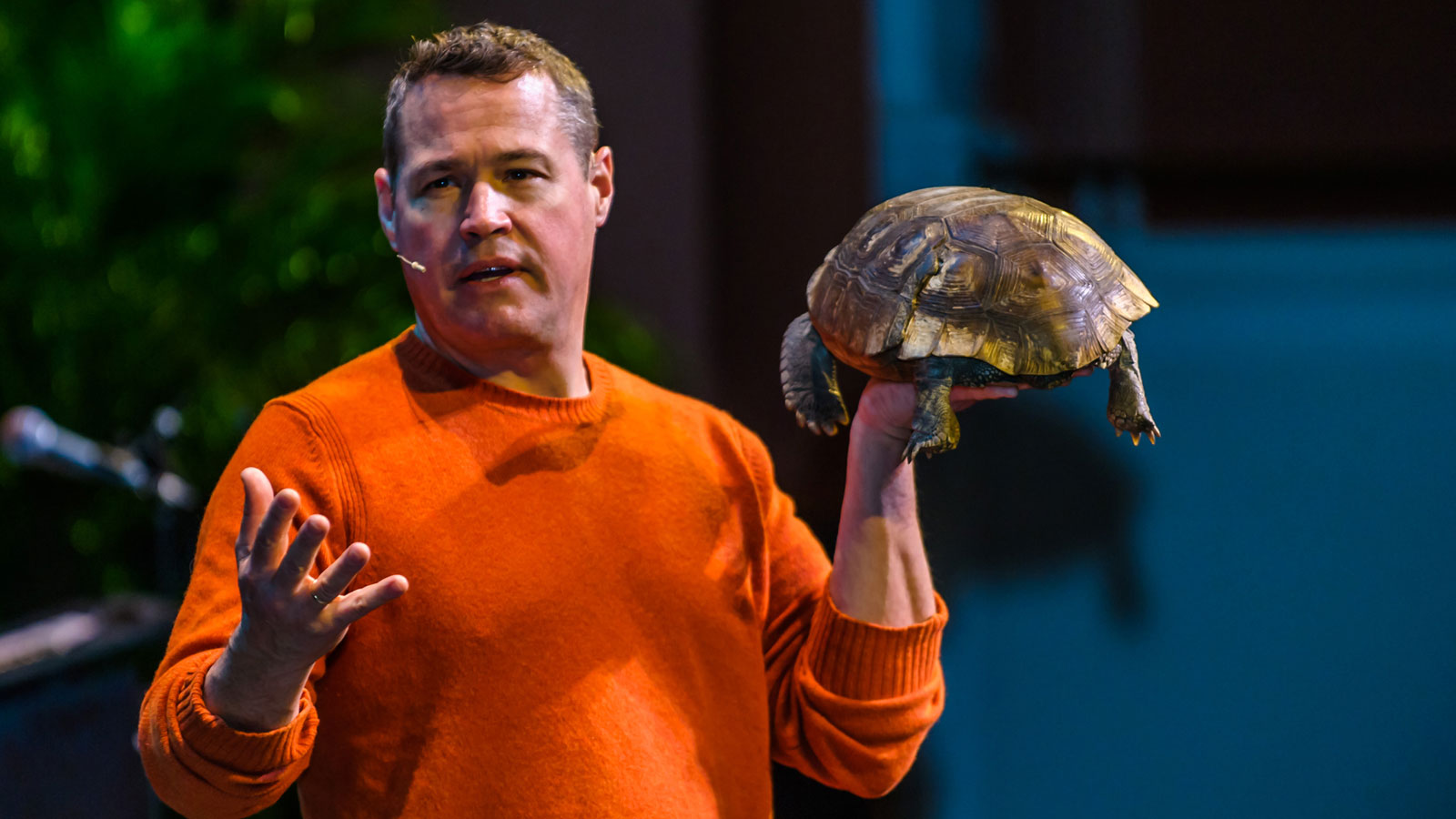 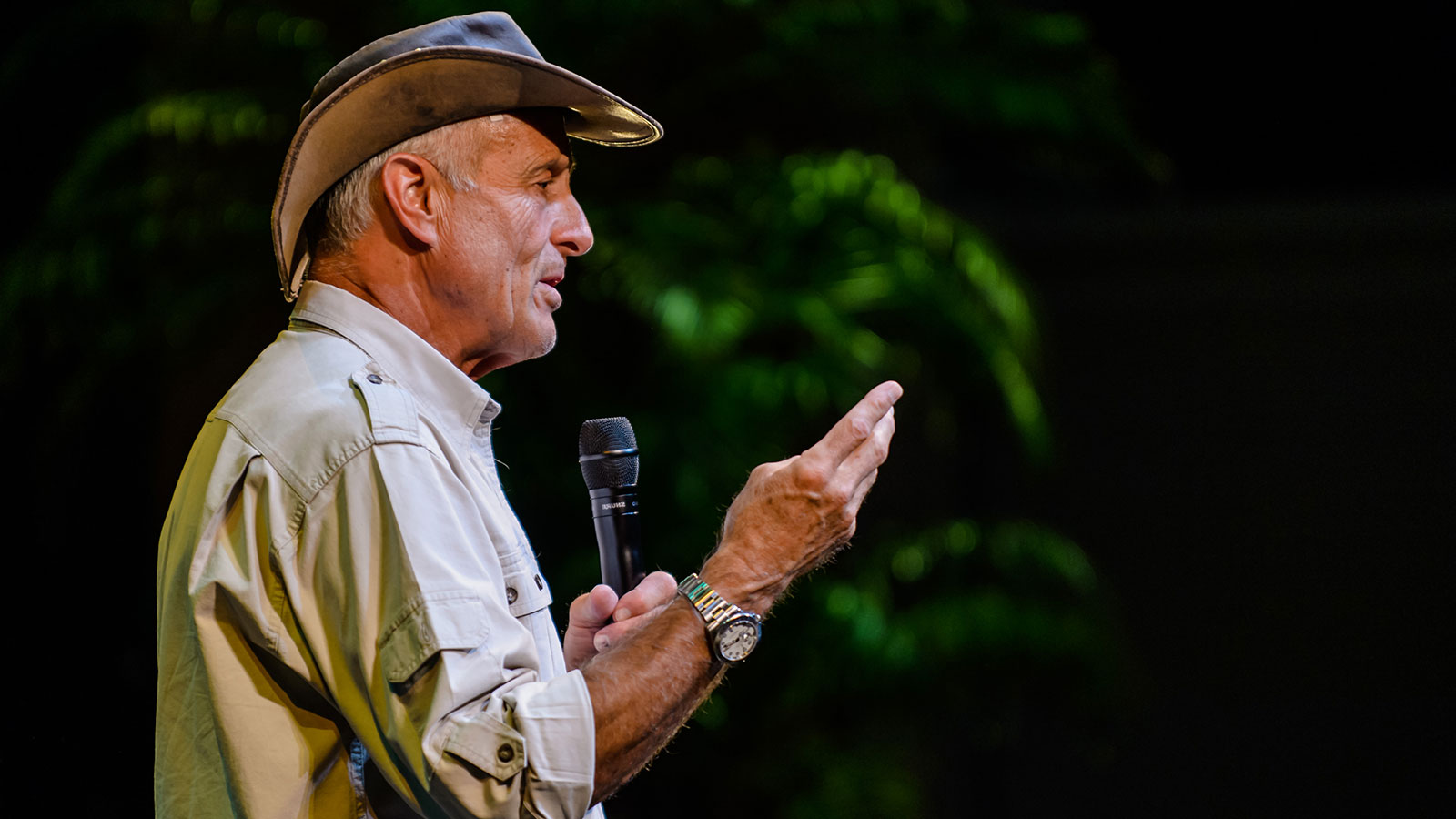 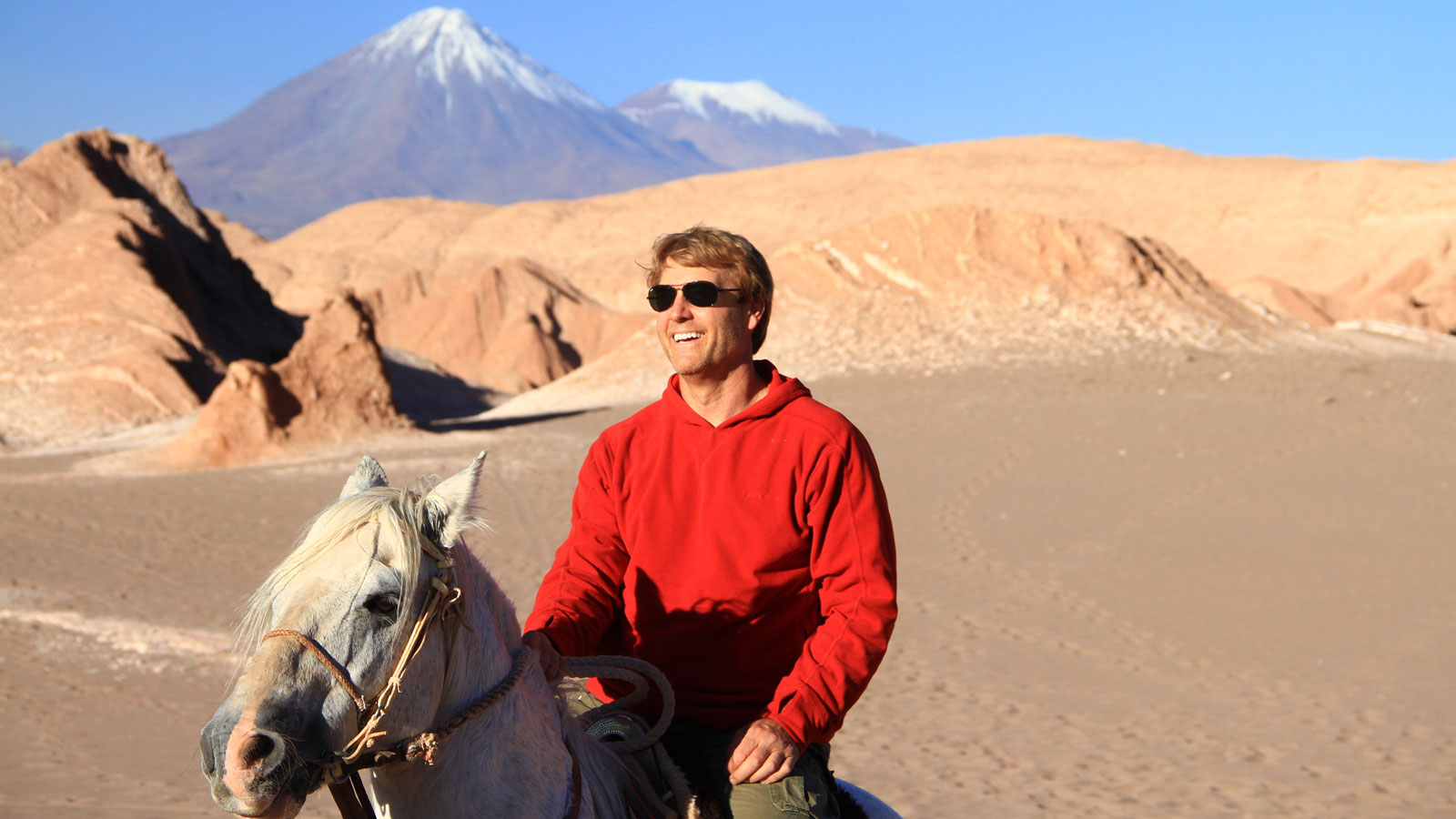 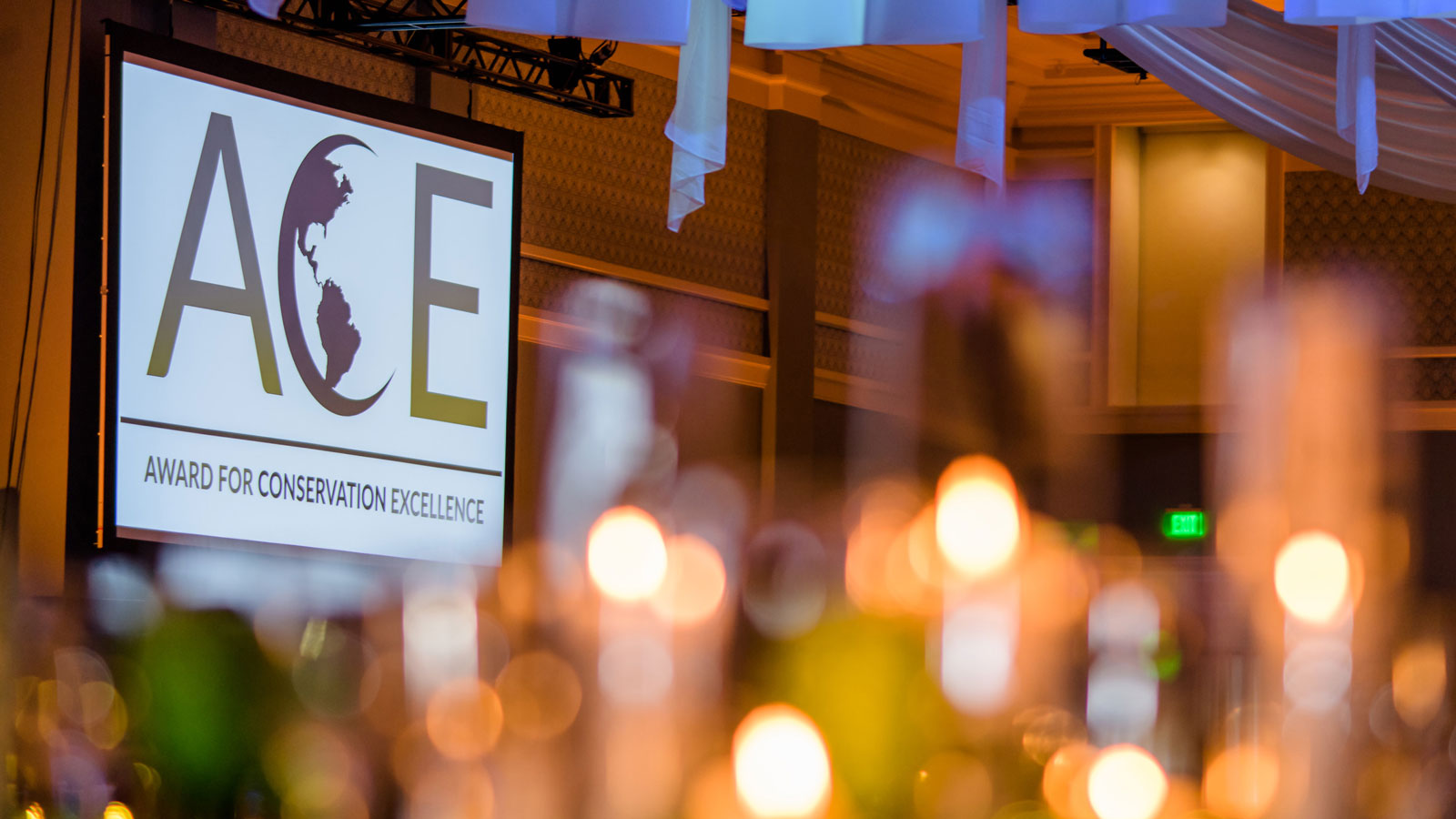 Animal and nature conservationist Jeff Corwin is best known as the host and executive producer of Ocean Mysteries on ABC. Recognized as a global leader in exploration and preservation, Jeff first entertained SEWE-goers in 2005 and has returned over the years to captivate attendees with his live educational presentations featuring several animal friends. Jeff has hosted many television series and specials featured on Animal Planet, Disney, Discovery Networks and Travel Channel. His popular shows have been broadcast in more than 130 countries and earned him three Emmy Awards.

Television personality, author, and conservationist Jack Hanna and his wild crew from the Columbus Zoo and Aquarium have entertained and delighted SEWE attendees for more than fifteen years. One of the most visible and respected animal ambassadors in the world, Jack’s enthusiasm and hands-on approach to wildlife conservation has earned him widespread acclaim. In addition to frequent appearances on programs including Late Night with David Letterman, Jack hosted the five-time Emmy Award-winning series Jack Hanna’s Into the Wild.

Richard Wiese is an American explorer, author, Emmy-winning producer, respected field scientist and the youngest person to become president of the renowned Explorer’s Club. He is most well-known as the host and executive producer of the Emmy Award-winning travel and adventure television series, Born to Explore™ with Richard Wiese. Wiese has circled the globe, capturing images and living one adventure after another. He brought his stories to life and shared his love of adventure with SEWE audiences in 2015.

SEWE and the Banovich Wildscapes Foundation acknowledged exceptional contributions to wildlife and nature conservation with the inaugural Award for Conservation Excellence (ACE) in 2018. ACE honors and empowers conservation’s unsung heroes - the men and women who have dedicated their lives to protecting the planet’s wild places and species.

Timothy McClanahan and Nyawira Mouthiga, founders of the Wildlife Conservation Society’s Coral Reef Program, received the 2018 ACE and a $100,000 cash prize to further their research. The 2018 awards ceremony was a night to remember and an event unique to SEWE, featuring celebrity presenters, wild animals, wildlife artists and inspirational entertainment. Watch more about the Award for Conservation. 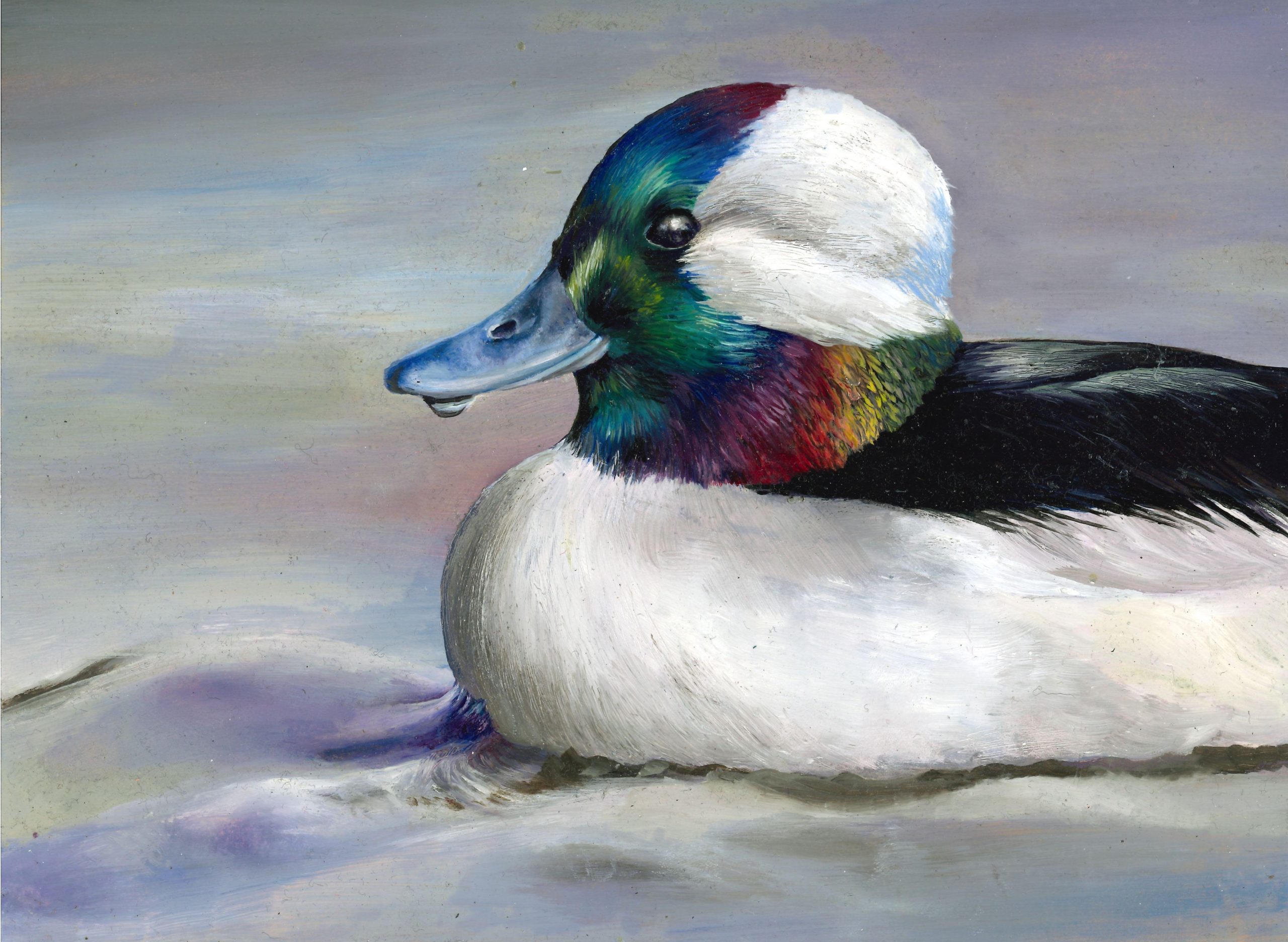 Children and young adults embrace their artistic abilities and learn about conservation through the Junior Duck Stamp Art Contest, which gives students across South Carolina the chance to explore Wildlife and get creative. 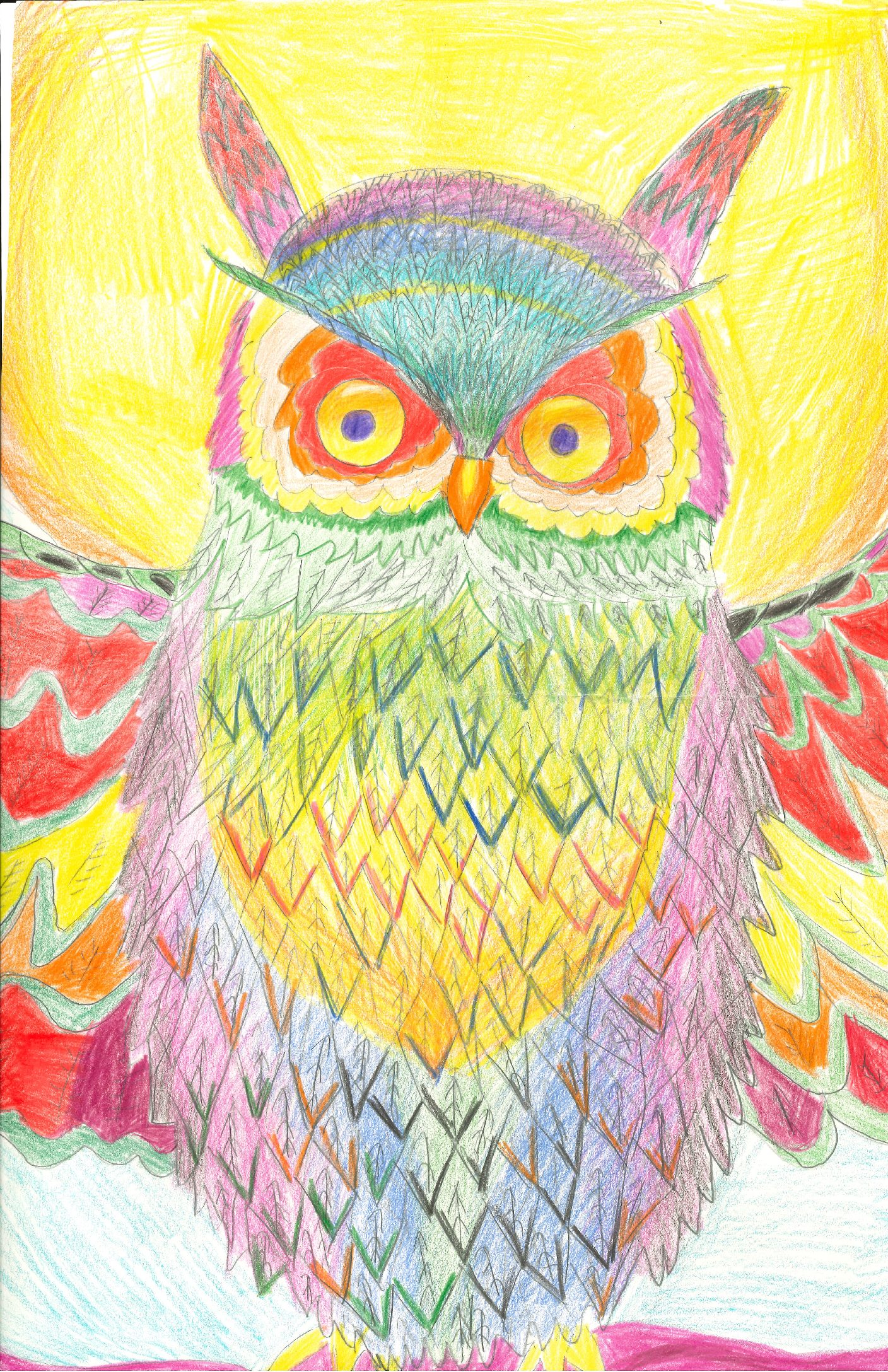 Kids for Conservation promotes wildlife and environmental conservation in the Lowcountry, with hopes that engaged youth grow to become conscious, eco-friendly adults. The deadline for this year is December 12th, 2022 for posters, poetry and photo entries.

Birdhouses should be dropped off at the Charleston County Public Library, Main Branch (68 Calhoun Street, Charleston, SC) between Friday, January 27th and Monday, January 30th 2023. That is the Deadline for the Birdhouse Competition. Library hours are listed below: 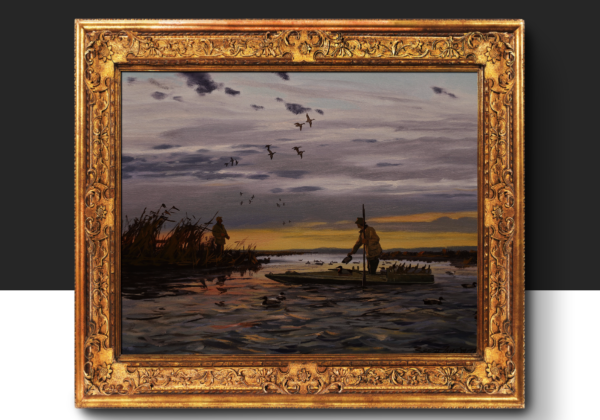 THE RIGHT FRAME OF MIND Every February, we have the pleasure of bringing remarkable, world-renowned artists to the Lowcountry to [...] 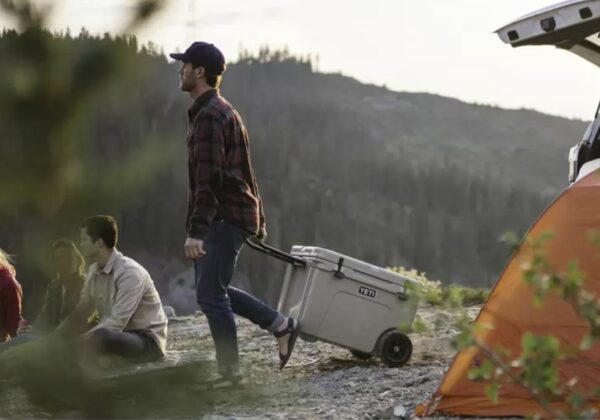 SEWE 2023 Fire & Ice Raffle Winners All winners have been notified via phone or email. Prize Winner Beretta A400 [...] 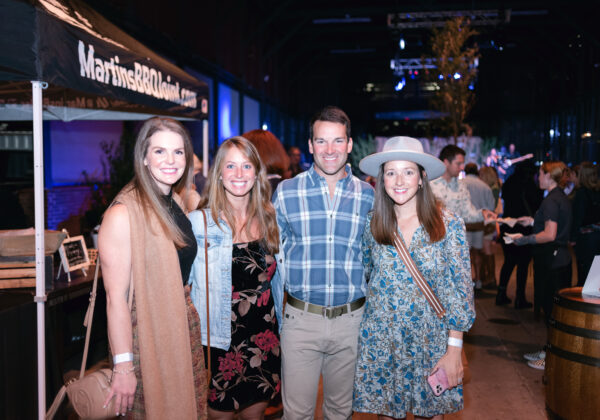 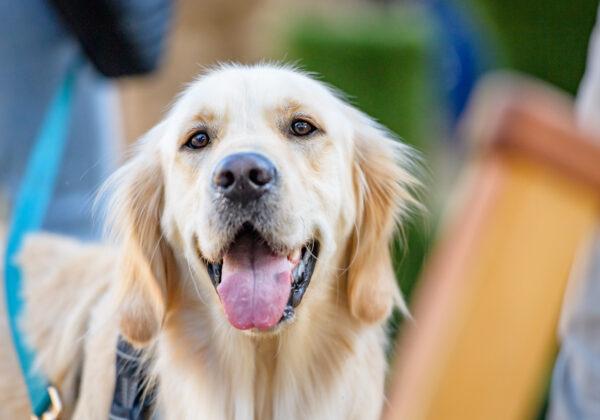 GENERAL ADMISSION PASSES AND SPECIAL EVENT TICKETS ARE NOW ON SALE FOR SEWE 2023 After celebrating 40 years of wildlife [...] 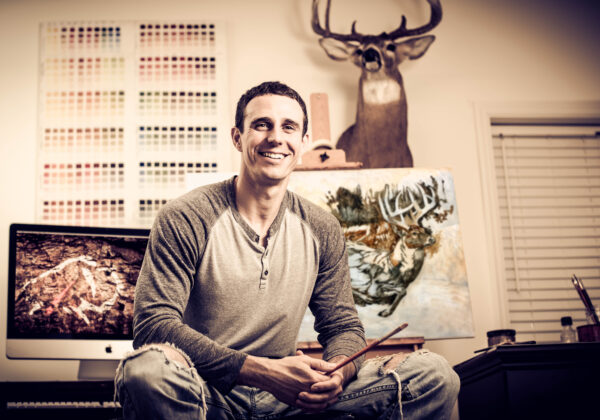 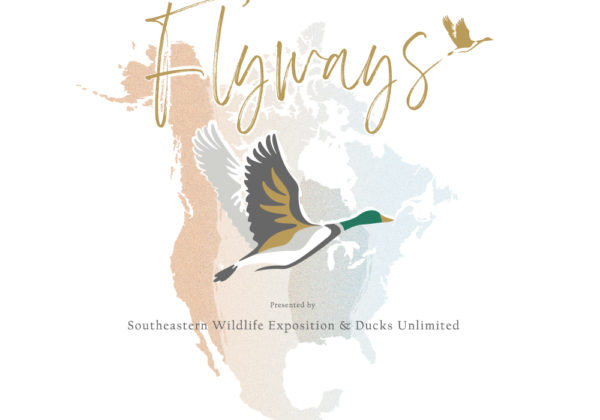 The Southeastern Wildlife Exposition is proud to present Flyways, a new fall event that will kick off the SEWE spirit [...]